Cerulean Archon is a character I rolled up during the Halloween Event of 2008. Her basic concept is that there are immortal beings called “archons” which, during times of great need or suffering, manifest in physical form to aid humanity. The Halloween Event of 2008 saw the introduction of the Zombie Apocalypse, certainly a time of great need/suffering. However, once the zombie hordes were quelled, Cerulean Archon did not fade back into the æther. Having associated very closely with the heroes of Paragon City, she developed a bit of a personality, and more that a bit of free will. She decided to stay in physical form to explore the world and its people. Naturally she retains her instincts to destroy evil where ever she finds it, and is often found hunting down criminals. 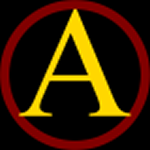 Not So Agent Torrens

My Tail Is Showing